AND TO THE GREASE OF YOUR EXTRACTOR HOOD !!

If you need to remove grease from the cooker hood and odors.

We have the solution to never worry about annoying fat again.

He trouble When cooking, frying or grilling, it is the formation of annoying fat deposits.

These fat deposits form in the extractor hood, air ducts.

In addition, the fan motor will also be affected by annoying grease.

All this causes them to form unpleasant odors in the exhaust air to the outside.

In addition, you will avoid complaints about the annoying odors that disturb your neighbors so much.

The cleaning system Conventionals are complex and use chemicals.

And they cannot access many of the air ducts in the false ceilings.

IMPro-FATEX systems use uv lamps, they generate ozone from oxygen.

Y removes all particles of fat found in the exhaust air.

Our systems to remove grease and odors from cooker hoods.

They have a counter for hours of operation and maintenance.

In addition, they control the correct position of the filters of the extractor hood.

And they turn off automatically when the filters are removed for cleaning.

In addition, they monitor the correct operation of the fan and air flow.

The uv systems IMPro-FATEX, can be supplied with a touch screen.

And it can issue fault or maintenance messages to the person in charge of it.

The uvc lamps we use are high intensity ultraviolet radiation.

And due to its high intensity, the grease does not stick to the glass of the uvc lamps.

So you don't have to waste time cleaning IMPro-FATEX uvc systems.

The maintenance and change of uv lamps is carried out by our technical staff.

They comply with DIN EN 16282 and VDI 2052 standards for industrial kitchens.

They can be implemented in any extraction hood, open or closed.

Also, we can manufacture the systems to integrate them into the air ducts.

And no more grease will drip from filters, exhaust ducts, or fans.

Significant reduction in bad odors that bother neighbors so much.

Exhaust air from the kitchen can be used and recovered to heat the room.

And we can soundproof the extractor hood air extraction systems.

In addition, you can fill in the form contact and we will answer any questions. 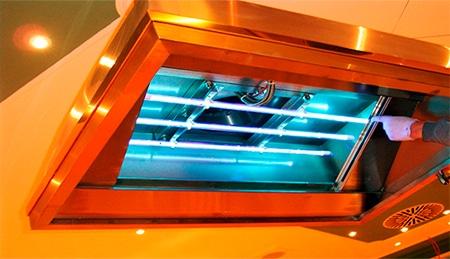 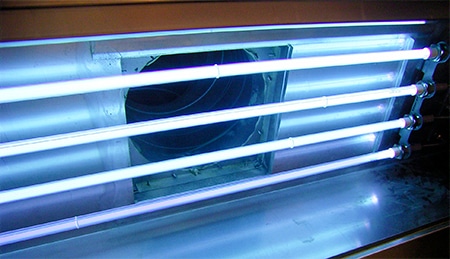 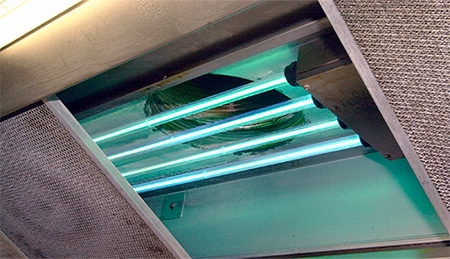